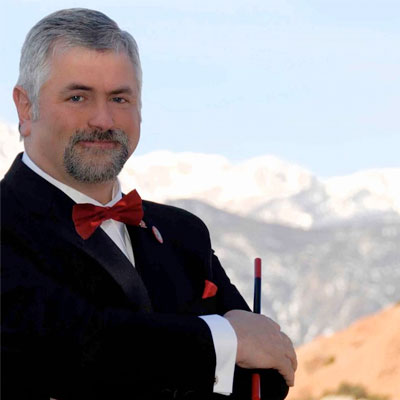 Historical mysteries, the unexplained, and the unknown all converge in this parlor show. Steeped in mysteries from a bygone era, where lives crossed paths, people disappeared, and deception was commonplace.

Mark Weidhaas is a mentalist and comedy magician from Colorado Springs who performs for families as “Inspector Magic.” He has been practicing the art of deception for over 25 years. He was the National President of the Society of American Magicians, the oldest magic organization in the world, founded in 1902. Famed escape artist Harry Houdini was also President of this organization, from 1917 until his death in 1926. The closing mysterious illusion is presented in homage to the great Houdini and his wife, Bess.