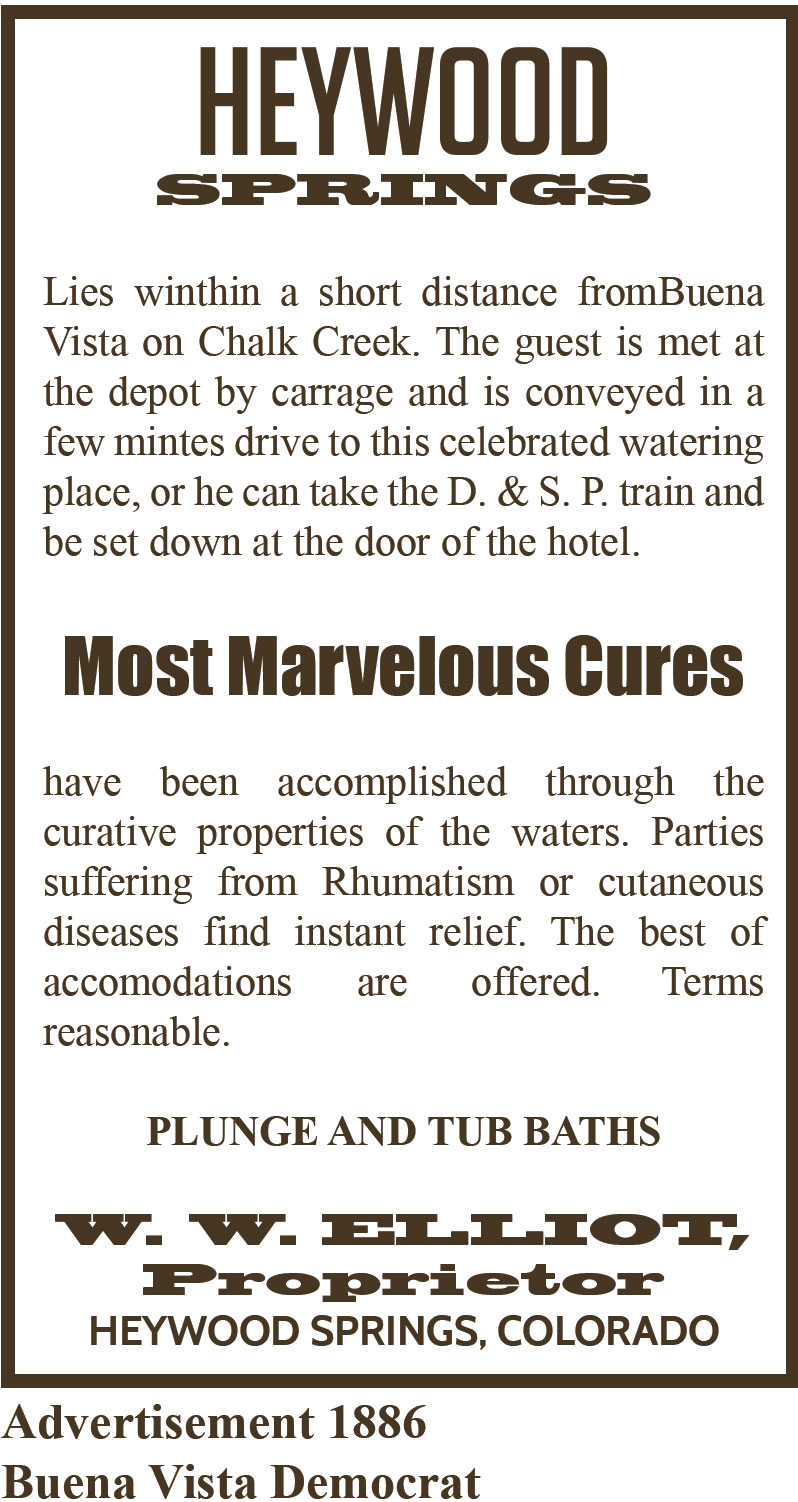 Not long after becoming a place where the wealthy played, Heywood Springs began to promote their resort, and the healing mineral waters, as a place capable of curing all sorts of ills.

Claims of the magic contained in the hot springs were vast. Advertisements pushed the waters as capable of eliminating asthma, rheumatism, and skin diseases. Many famous individuals, such as F.M. Wadsworth, traveled to the hot springs to rid their bodies of pain and illness.

The advertisements made outrageous, unsubstantiated claims, but these were common of the era. “Curative properties” and “instant relief” were promoted in newspapers throughout the region.

The wealthy, seeking to escape aches and pains medicine of the 1880s couldn’t remedy, traveled from as far away as New York to bathe in the miracle waters. Dr. M.M. Wood, from Green New York, went with his son and claimed to have been “greatly benefited by the baths.”