PLEASE CLICK HERE TO LEARN ABOUT HOT SPRINGS DAY PASSES
As a precautionary health measure for our support specialists in light of COVID-19, we're operating with a limited team. Thanks for your patience, as it may take longer than usual to connect with us.
We are experiencing an extraordinary amount of phone calls.
The best way to reach us is to email us and we will get back to you as soon as possible.
Read about our practices during the Covid19 recovery period 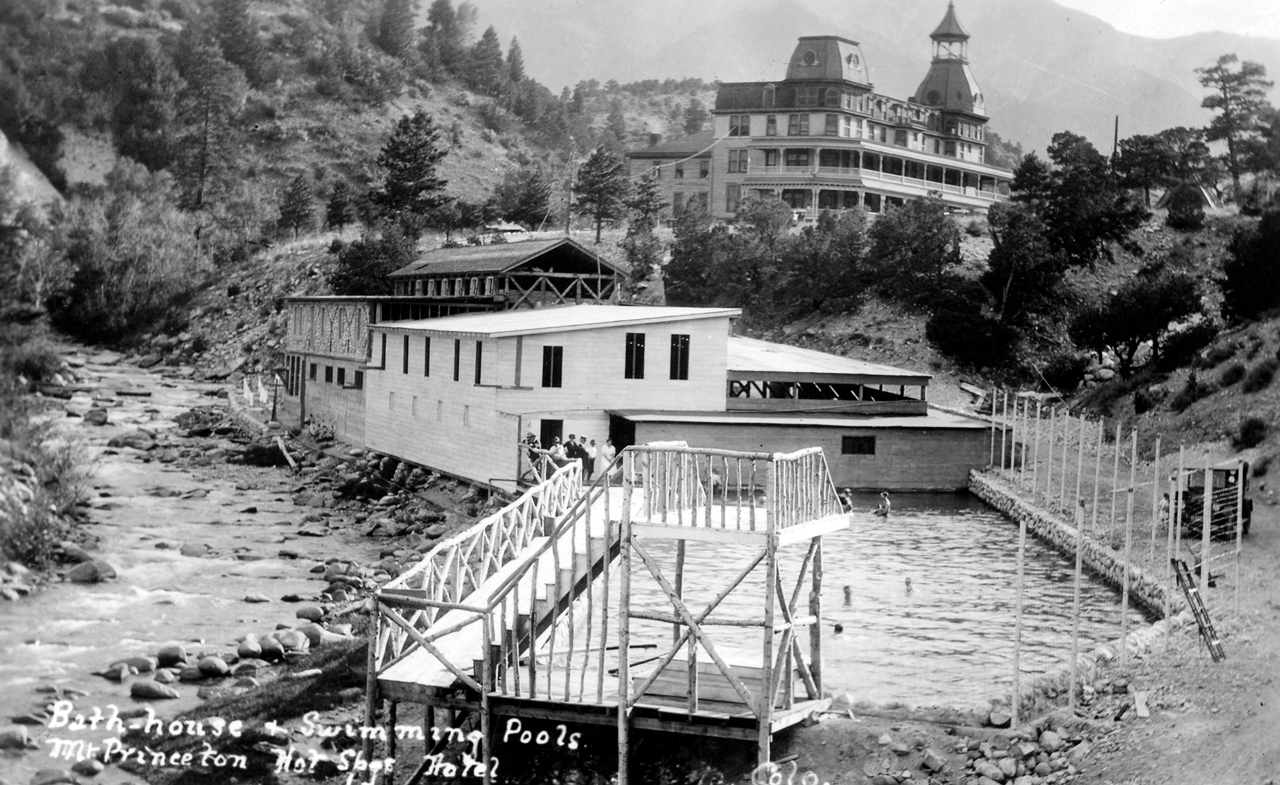 In December 1915, J.C. Gifford of Kansas City bought the property, teaming with F.W. Jewell who put in sweat equity.

At long last, full development of the property began.

The pair built a new hotel, 125 feet across at the front, and nearly as deep, in an L shape. They also added a fourth story plus two towers, 100 feet high on each end of the building. Additionally, they built a 2-story addition at the rear of the L-shape to house kitchen and domestic help.

When completed, the new hotel had 100 rooms, many with fireplaces, an 80 square foot ballroom, and a stage. Hardwood floors, covered by carpeting, ran through the halls and walls were constructed of carved hardwood paneling. An elevator shaft was installed for lifting freight, and windows were stained glass. An oak stairway highlighted the structure. Bay windows offered magnificent views of nearby mountains, speaking tubes (precursor to phones) ran from the rooms to the front desk, and a railroad landing was 40-feet behind the hotel.

The grounds were enclosed with a 150-175 rock wall and had two tennis courts on the west side and a nine-hole golf course on the northwest side.

For the convenience of guests, the hotel had a fleet of five Cadillac limousines and a garage for those who arrived in their personal car.

The pool, located in the rear of the building, was L-shaped but never filled. 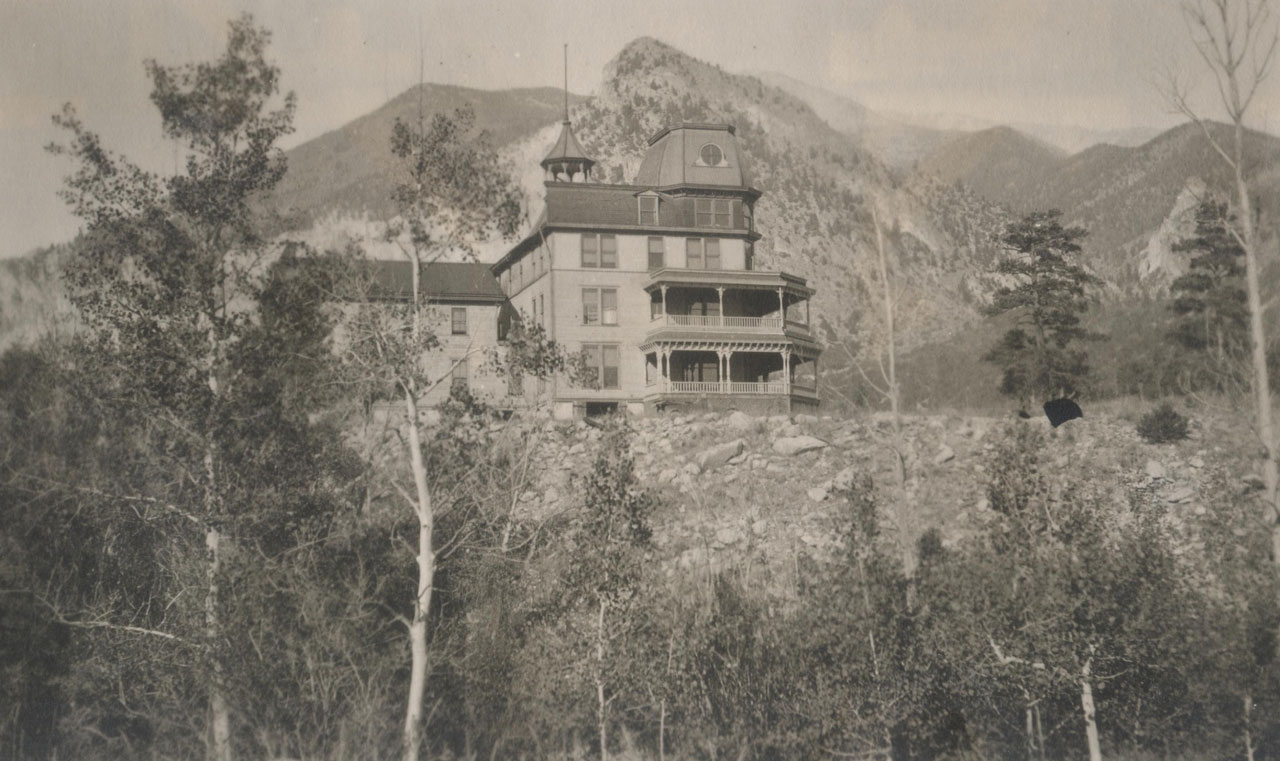 A small building went up over the hot springs, with two enclosed pools, built at the cost of $25,000, by Charles Thiele, a German who specialized in concrete construction.

Thiele patterned the small buildings after a spa he had seen as a child in Heidelberg.

The dining room construction materials were rocks and logs.