Indeed, a great many Easterners seem to think that Pikes Peak is the only mountain worth seeing in Colorado-this, because they have read and heard of no other. —But it is a fact that for grandness of mountain scenery Buena Vista surpasses Manitou ten to one. 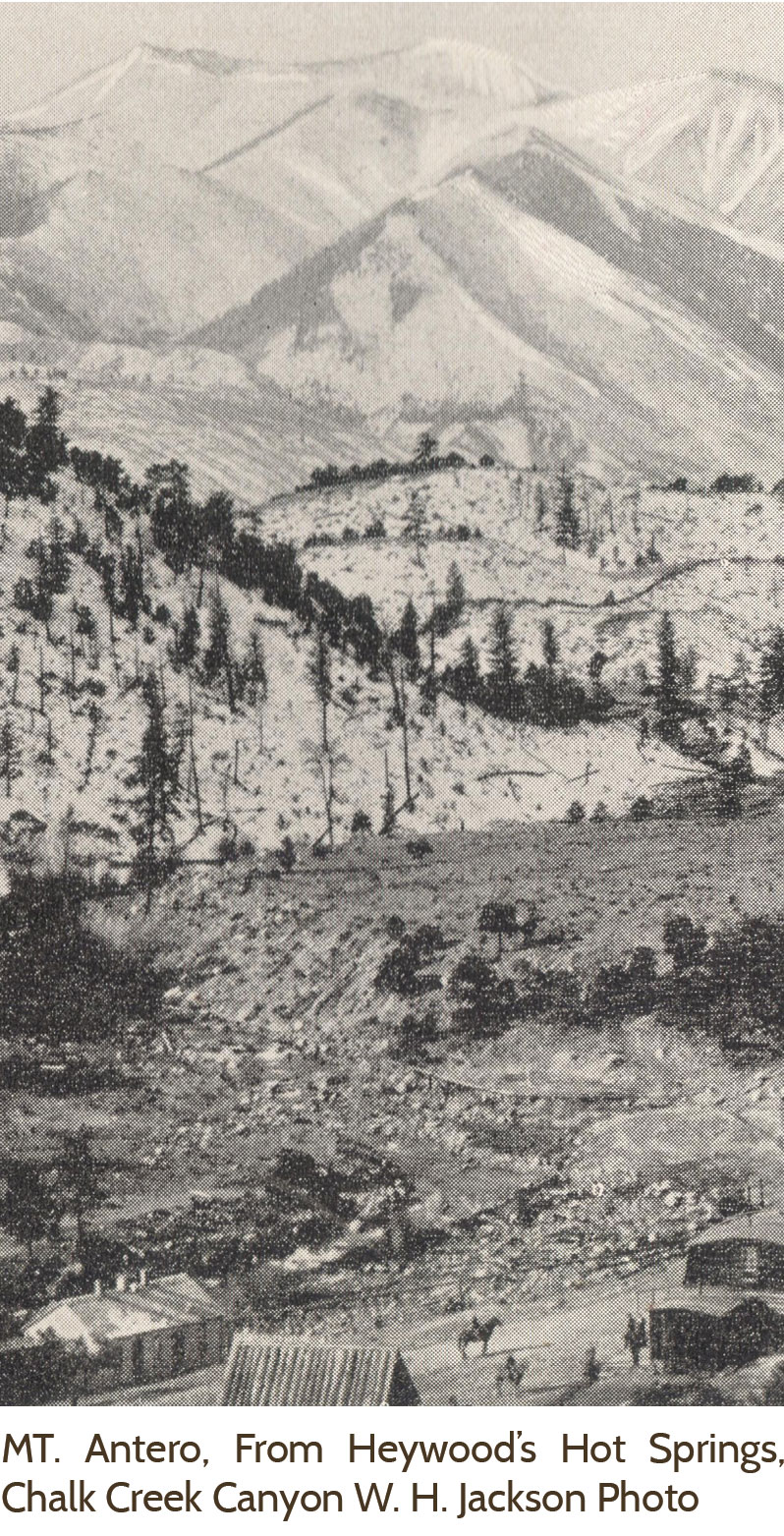 ​Here we have Mounts Harvard, Yale, Princeton and Antero, a solid chain of the most gigantic mountain monsters, pressed together into one landscape that can, in such massive grandeur, be seen nowhere else on the continent, and every one of these is higher than Pikes Peak.

Again, the ascent of Pikes Peak even by the carriage road, is laborious and fatiguing, the distance from Manitou to the top of the Peak is seventeen miles. The top of Mount Harvard, three hundred and fifty feet higher than Pikes Peak, can be gained within a distance of about thirteen miles from Buena Vista, rather less than more. And the road is built for ten miles, so that only three miles more would have to be constructed. A miners trail now leads to within one mile of the top. Mount Princeton can now be ascended by wagon road.

The second point are the springs. Manitou has, all told, fourteen of these, and while we must, in candor, admit that they are excellent ones, yet we can prove that is this particular, also , Buena Vista is entitled to a great preference. Manitou water is good and pleasant as a beverage, and the Iron Springs also have some good medicinal qualities, but for curative powers that have actually been tested both the Cottonwood Hot Springs and the Heywood Springs surpass them so far, that no physician of any scientific attainments at all would hesitate for a moment in a choice of places to which his patients should go, were be to examine the waters of these two places for that purpose. But the Cottonwood and the Heywood Springs are only a few out of the many known to the ramblers around Buena Vista . The Hortense Springs, belonging to that prince amongst men, Major Merriam, were they properly advertised and made known to the world, could soon he sold for a large amount of money and would become perhaps the most noted of all Colorado watering places. Then there are some springs in the foothills of Mount Harvard and some , higher up on both Harvard and Yale, which have medicinal qualities, far surpassing any yet known. It is finite true these Springs are quite a little distance from the town, while Manitou has them right in the village, but that is a difficulty which we all know, could be easily overcome, were a little energy and enterprise put to work.